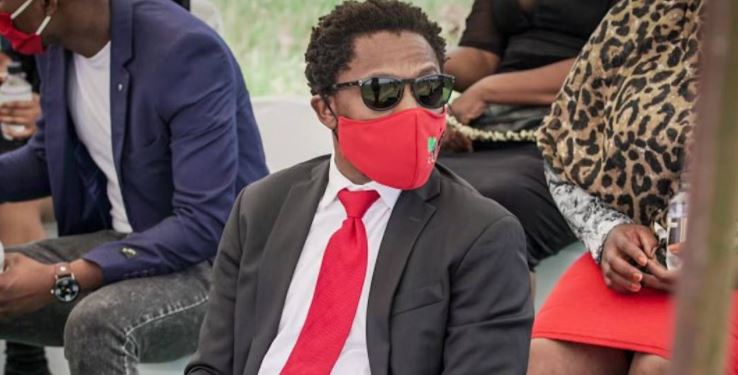 Known for his outspoken views, Mbuyiseni Ndlozi may have just produced his first head-turner of 2021. The EFF Commissar doesn’t believe that securing millions of vaccines is the best way to help South Africa. But rather, the government must buy ‘exactly one dose’ of the COVID-19 jabs.

COULD SOUTH AFRICA BUY ‘JUST ONE VACCINE’?
It’s an ambitious plan on Ndlozi’s part. Far from being an anti-vaxxer, the politician says that it is vital to distribute the COVID-19 vaccine as quickly as possible – and he reckons there might be a shortcut in this process.

The EFF representative has suggested that scientists in South Africa must simply ‘reverse engineer’ the vaccine. That means they would essentially get their hands on the dosage, examine every element that goes into making it, before reproducing it on a mass scale domestically. On the surface, it’s an exciting idea…

But in practical terms, it’s pretty much a non-starter. The three authorised vaccines produced so far – by Pfizer, Moderna, and AstraZeneca – are all protected by medical patents. Their key formula remains a secret, known only by those who have worked to develop this treatment. Ndlozi is incensed that these protections are in place during a ‘deadly pandemic’:

“We must buy exactly one vaccine; copy it and reproduce it in bulk for ourselves in South Africa… Did you know that South Africa actually co-authored a key proposal at the WTO, calling for a waiver on COVID-19 vaccine patents? It is now clear it fell on deaf ears. Let us reverse engineer any COVID-19 vaccine – and reproduce it freely for ourselves.”

We must buy exactly one vaccine; copy it and reproduce it in bulk for ourselves in South Africa. Medical patents during such a deadly pandemic are completely wrong, inhuman & must be rejected by all of humanity!

No patent on any vaccine – put lives before profit!

Also Read – Video of Doctor who discovered something on covid19 patients