Pearl On Why It Didn’t Work Out With Robert Marawa

Pearl On Why It Didn’t Work Out With Robert Marawa. 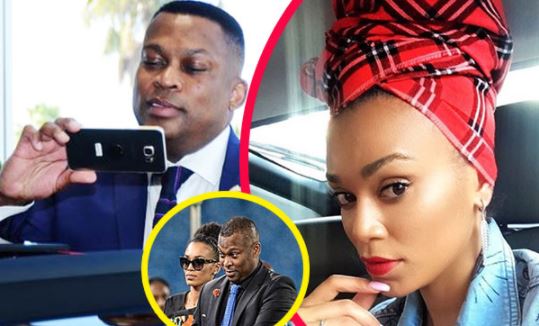 As always, it was another lit episode of Podcast And Chill with Mac G and this time around, his guest was outspoken television actress Pearl Thusi and knowing the Queen Sono star, it was going to be a lit episode.

The conversations were lit, from leaving her daughter a good inheritance should anything happen to her and borrowing her other house to a friend during the pandemic.

“I actually borrowed my house to a friend during the Corona moment. Just because that’s the type of energy that helped me to get to where I am today.”

Scared to ask Pearl about her relationship with ex Rober Marawa, the host was surprised to find out that Pearl didn’t mind talking about him.

“Robert and I had a great relationship things didn’t work for reasons we’d rather not talk about. That wasn’t our intentions but that’s what happened. You need to know when to leave situations no matter how much you want to stay
When something is not good for you don’t die in it, learn from it and move on.

“In all my relationships I feel like that’s been the situation. I get to a point where I’m like – cause every relationship is supposed to be a consideration of, is this the rest of my life? – and if you’re saying No then you’re wasting time.

“When you become uncomfortable in any situation then it’s time to grow.
Some people are so desperate to stay safe and secure that they never grow. And that’s so sad for me.”

Also Read – Riky Rick opens up about how scared he is

Mac G also asked her about the money she made from Queen Sono and Pearl hinted that it looked good. ‘When you do a show like Queen Sono you can’t do any other work. It was the first one they were doing. The bag was good.”

“Bonnie had a good time with me. I was like girl, you have my number. This is so disappointing like what did I do? All I did was defend my work. You can’t say all I have is because of something I can’t change and expect me to accept that. That’s rude so I’m going to defend my work. I’ve worked too hard.”

A man from Mabopane demolished the house he built for Mother-in-law after finding out the truth!!